When the shipbuilder Filipi family came from Korčula in the 18th century to found the first known shipyard in Betina, they had to find ships, boats, and shipbuilders that would build them. Due to the lack of written documentation, it cannot be determined with certainty where the people of Murter and Betina built and ordered their ships before the arrival of the first shipbuilders. There is a possibility that these boats were built on a nearby island or on the mainland. In any case, one can presume that the Betina shipbuilding did not start in the 18th century and that before the now famous Betina gajeta there had to be one universal boat that was used by the people of these two settlements. However, we cannot resolve the mystery of the appearance of this boat. It can be presumed that it probably looked like the Betina gajeta and that the shipbuilding families Filipi and Uroda took the already famous gajeta model of Korčula and the one they found on sight and tenaciously kept amending it and adapting it for the needs of the local community and the specificities of the Murter archipelago.

The shipbuilders of the Filipi and Uroda families have been expanding their trade since the middle of the 18th century. The first shipyards were located on the eastern side of Murter, near the current centre of town.

The need for construction of new boats grew together with the surface of the estates of the people of the island of Murter. The first shipbuilders of Betina had a staff for the construction of all types of small and medium sized boats. The workshops of Betina had quite a number of shipbuilders in comparison to the number of inhabitants. Soon this business spread to the blacksmith trade as well. They provided boats to the entire area between Zadar and Šibenik. In the 19th century, the shipyards expanded to the north-eastern part of town, Zdrače.

In 1926 there was one big shipyard and nine smaller ones operating in Betina. Seven sailboats and five boats were constructed and 60 sailboats and 12 boats were fixed in those shipyards between October 31st 1926 and October 31st 1927. Betina shipyards had a surface of 11200 square meters and all the other shipyards of northern Dalmatia put together had 10300 square meters. There were 169 workers employed in the shipyards of Northern Dalmatia, 60 of them working in Betina.

In 1930, there were 10 registered shipyards in Betina.

At the end of the 1920s, there was a crisis in shipbuilding. A big number of shipbuilders were concentrated on such a small area. To make sure they keep their shipyards open, they went searching for clients in the nearby area. The famous new shipyards are those founded by the Filipi family in Sukošan, Kukljica, Kali and Šibenik, while the Uroda family opened one in Biograd.

In 1948, there were seven shipyards, which had 21 workers. It should be mentioned that there were shipbuilders who had neither a workshop nor a permanent job and they worked for daily wages.

The nationalization of privately owned shipyards occurred the same year. Workshops, equipment, tools and products found in the workshops became state property under the administration of the Šibenik district. One big shipyard was founded, which employed a greater number of workers.

There was a significant development in shipbuilding industry; blacksmith, mechanic, turning, welding, electric, rope and sail workshops were formed, new machines for wood and metal processing were bought. Workshops, the terrains of the shipyards and slipways expanded. Along with shipbuilders and administrative workers, the shipyard had a construction office in which new ships were designed. Employment level was the highest during the 1950s, 1960s and 1970s. In average, there were 150 people of different occupations employed.

In 1960, the shipyard had the highest number of employees, 65 of them.

„You went to school and learned the trade. We built, constructed, transported materials, pulled and burned ships; we did all sorts of things. We worked for 5 hours and went to school for 3 hours. That was our schedule every day and on Sunday, we would clean the machines from sawdust. We would saw boulders with long saws. We had a two-man saw and axes. We took care of drawknives and drills as if our lives depended on it. Then we got three machines and a bandsaw. This was like a miracle because we did not need to saw manually any more. It was hard but we were young. We would carry up to 50 kg each. “

The introduction of plastic to the shipbuilding industry meant less shipbuilders who work with wood, so from the 1970s the construction of wooden boats has been decreasing. Nevertheless, Betina remained one of the main centers of small wooden shipbuilding on the Adriatic Sea. Today, there are shipbuilders in Betina who are capable of constructing all types of small wooden boats: traditional gajeta, leut or bracera, but also modern yachts.
At the beginning of the 21st century, the Betina shipyard employs 14 shipbuilders working with wood. They do repairs on bigger wooden boats and construct new boats. Several smaller shipyards are active, where small and medium-sized boats are built and renovated. There are also several freelance shipbuilders performing boat repairs outside the shipyards. All this has made Betina one of the few remaining centers of small wooden shipbuilding on the Croatian Adriatic. 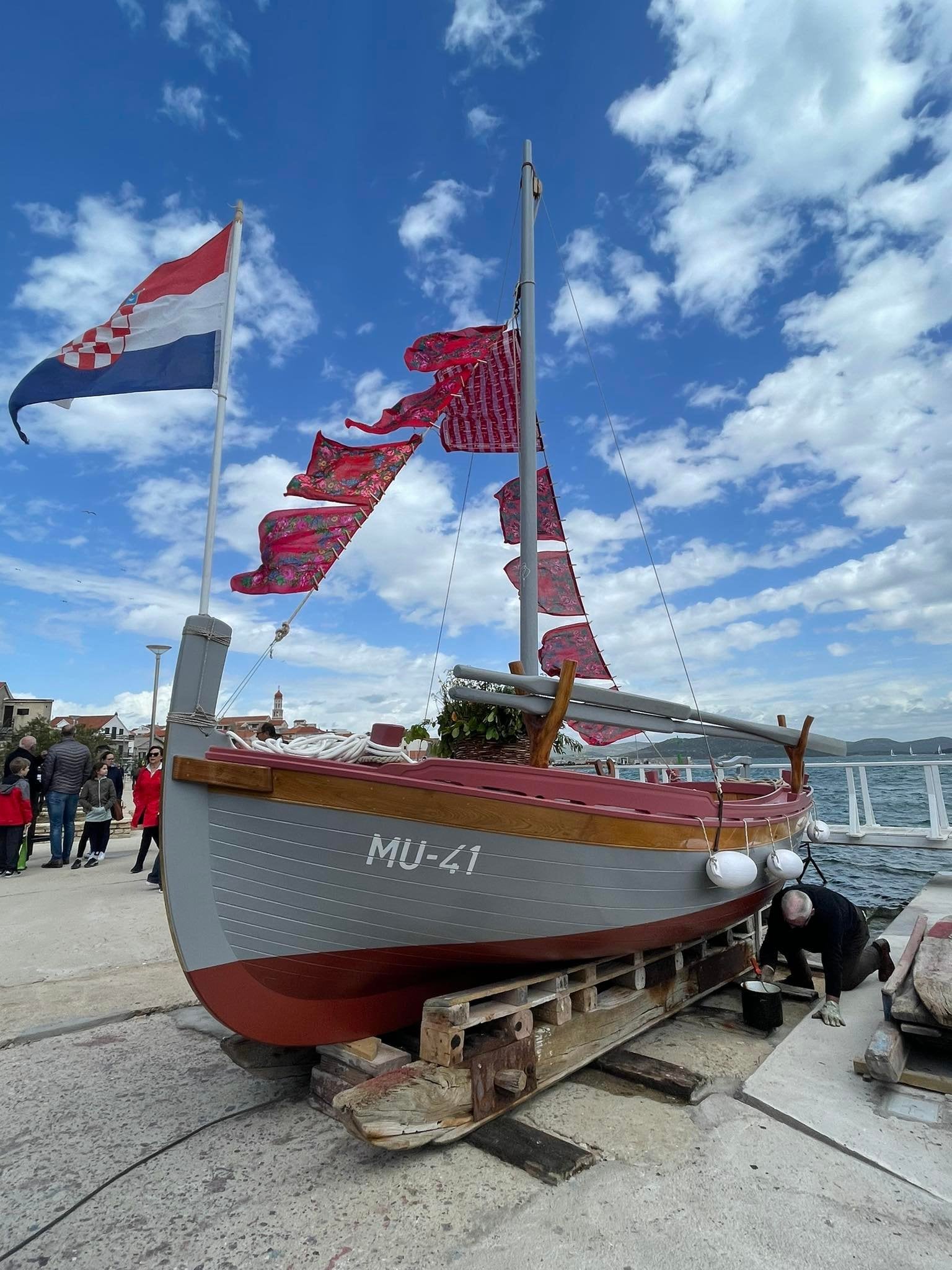 Posted on 18. January 2023. by Mirela Bilić in Nekategorizirano
Accessibility by WAH