CICIBELA with a ﬂat keel and a straight master frame is an older type of Betina gajeta, robust and stable. She was built in the Šime Filipi Tošulov boatyard in 1931 for a Mr. Tome Gregov from Preko on the island of Ugljan. Originally she was used to transport labourers to their land for work, carry livestock and return harvest. During the Second World War Cicibela was used to secretly ferry refugees to the island of Kornat. She would leave by night for the island of Kornat where a bigger boat was waiting to ship them to El Shatt refugee camp. By day Cicibela was ﬁlled with rocks to submerge and hide her in the shallow waters. In the 1960’s Cicbela was used as a common taxi boat to holidaymakers to local swimming spots and nearby attractions.

In 2002 Marino Mijat salvaged Cicibela in a wrecked state from the boat dock’s Foša in Zadar. She had been ﬂooded and had been left there since the Croatian War of Independence when she was damaged from mortar shells. Marino Mijat from Tribunj bought Cicibela and returned her to Betina. 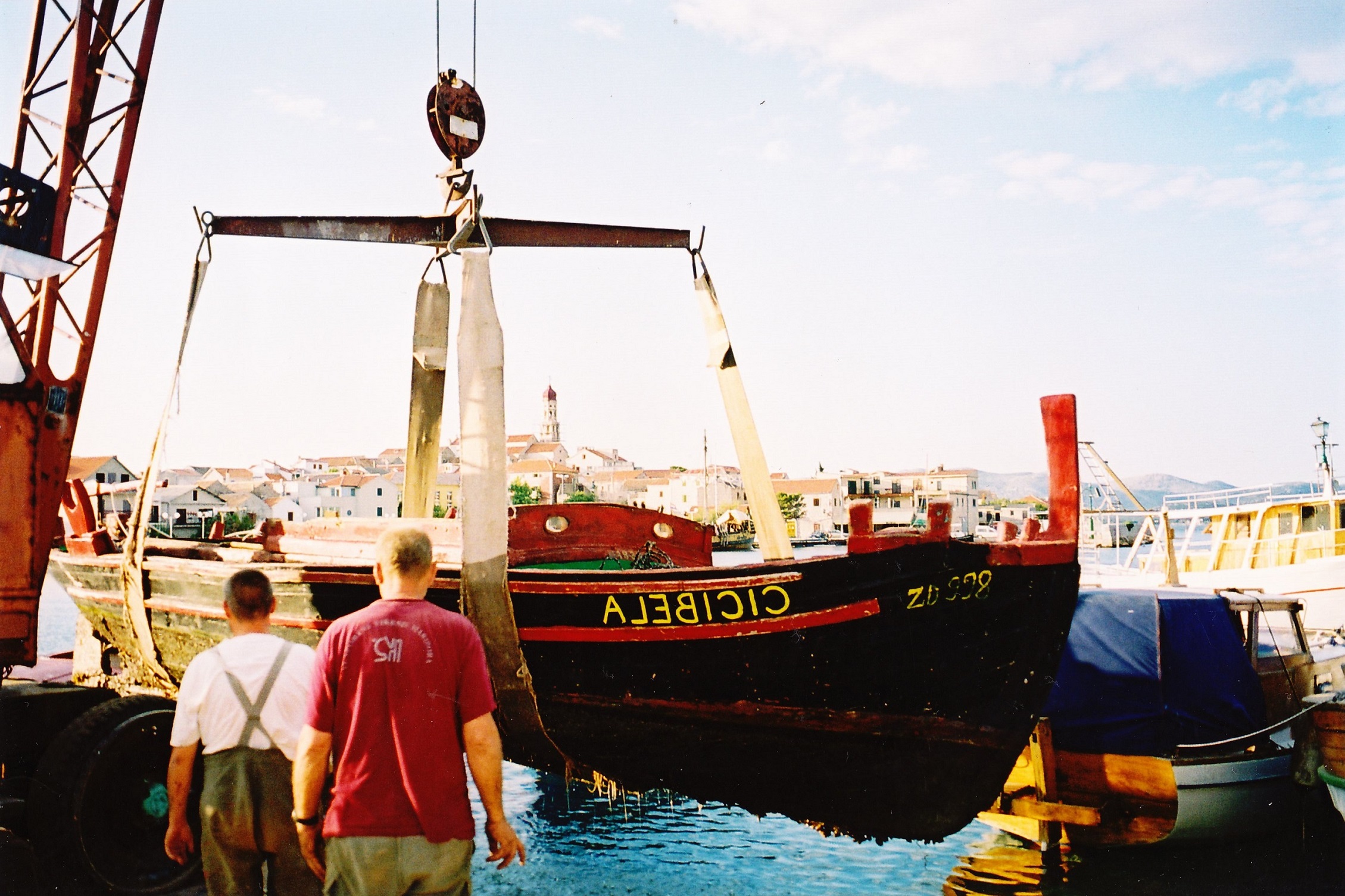 Reconstruction and restoration was completed by Čedomir Burtina. Only one fifth of the original construction remained. Every frame, one by one, was taken and a newly made piece was replaced on the boat. With this technique craftsman Burtina was able to keep the authenticity intact for the old line of Gajetas.

What a wreck! The sort where one doesn’t know where to begin! I persisted because I wanted to restore that specific type of Gajeta, those boats have so much more character, they’ve body and soul, and they carry a lot. Newer types are less robust, they have lost space to carry things and this is why we need to return to these wider, stronger boats…

Of the old boat we preserved one ﬁfth of the body, everything else I made new, yet the soul survived. I took each frame apart one by one, made a new piece and replaced it to the boat. That’s the only way to retain authenticity of those old lines. Cicibela is her own unique example of the old gajeta of Betina.

There is a big difference between shaping and creating a new wooden boat and restoring the old. There is a novel satisfaction in making a new boat, it’s a calling, a satisfaction. On the other hand there are difﬁculties in restoring an old boat but it has its own charms. There’s a charm in taking apart the old boat, you are in the presence of the old masters, our forefathers who built the boat. The old building knowledge is in a way passed down; every kalafat (master boatbuilder) in Betina had his own style. I can look at a boat and tell you immediately who built it.

On 14 March 2017 Cicibela became a mobile article of cultural heritage of the Republic of Croatia and as such became the first Gajeta listed as a protected cultural item. Today Cicibela is the most significant exhibit in the Open-air Museum.