The winners of the European Heritage Awards / Europa Nostra Awards 2019, Europe’s most prestigious honour in the field, funded by the Creative Europe Programme, were announced today by the European Commission and Europa Nostra, the leading European heritage network. We’re proud to announce that, among this year’s winners in the category Education, Training and Awareness-raising, the Award also goes to Betina Museum of Wooden Shipbuilding.

Independent Juries of heritage experts from across Europe examined a total of 149 applications, submitted by organisations and individuals from 34 European countries, and selected the winners.

The 25 laureates from 16 countries have been recognised for their impressive accomplishments in conservation, research, dedicated service, and education, training and awareness-raising. Among those dedicated individuals and exemplary European heritage initiatives that were awarded in 2019 are: the sensitive restoration of the Chapel of the Holy Shroud in Turin, an iconic site of religious heritage which was destroyed by fire in 1997 and which has now been reopened to the public; the development of a digital archive of the Roma, an internationally accessible space that would make Romani cultures and histories visible as well as respond to stereotypes with a counter-history told by Roma themselves; the dedication of one of the oldest heritage NGOs in Europe which has committed itself to heritage protection in Norway for over 175 years; and a training programme for displaced, skilled heritage specialists from Syria, run by a German institute in Istanbul, which serves as a powerful example for countries in Europe and beyond. 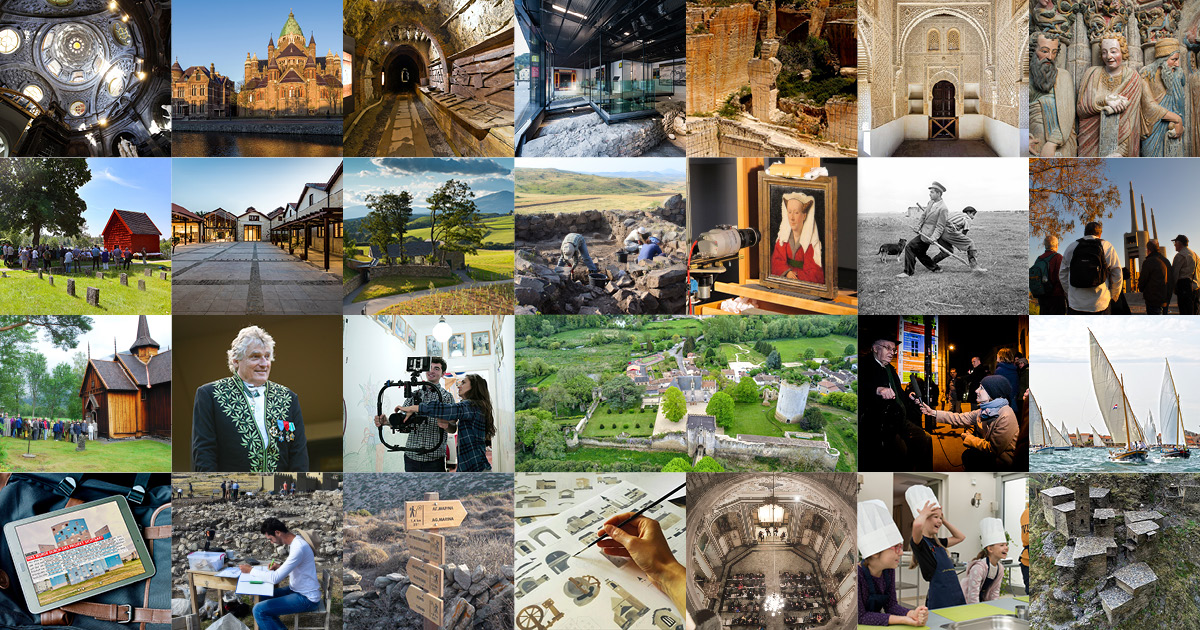 Europa Nostra Awards will also be given to two remarkable heritage achievements from European countries not taking part in the EU Creative Europe programme, namely Switzerland and Turkey.

The European Commission and Europa Nostra have also announced a Special European Heritage Award to honour the Paris Fire Brigade.

The laureates will be celebrated at the European Heritage Awards Ceremony, co-hosted by European Commissioner Tibor Navracsics and Maestro Plácido Domingo, and organised under the high patronage of the President of the French Republic, Emmanuel Macron, on the evening of 29 October in Paris.

Seven Grand Prix laureates and the Public Choice Award winner, chosen from among this year’s winning projects, will be announced during the Ceremony.

The Ceremony will be attended by an audience of high-level officials from EU Institutions and Member States, leading representatives of heritage organisations and dedicated professionals and supporters from all over Europe.

The winners will present their heritage accomplishments at the Excellence Fair on 28 October. They will also contribute to various other events of the European Heritage Congress, to take place from 27-30 October 2019.

You can also view and a short promotional video about the Award here.

Posted on 21. May 2019. by Mirela Bilić in News
Promjena veličine fonta
Kontrast