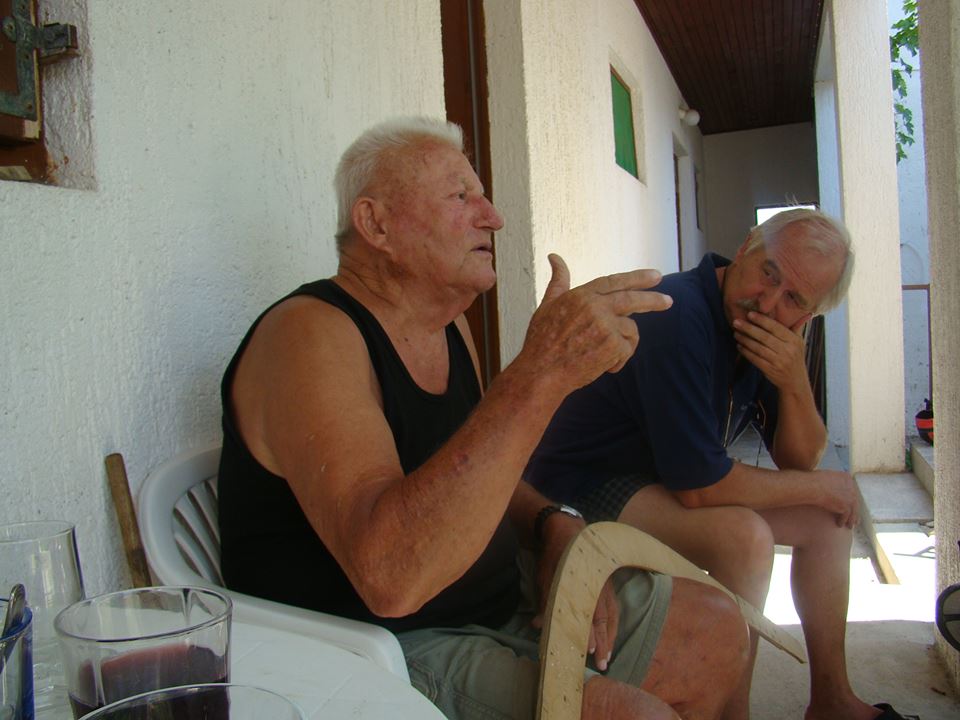 „You went to school and learned the trade. We built, constructed, transported materials, pulled and burned ships; we did all sorts of things. We worked for 5 hours and went to school for 3 hours. That was our schedule every day and on Sunday, we would clean the machines from sawdust. We would saw boulders with long saws. We had a two-man saw and axes. We took care of drawknives and drills as if our lives depended on it. Then we got three machines and a bandsaw. This was like a miracle because we did not need to saw manually any more. It was hard but we were young. We would carry up to 50 kg each. “

„As apprentices we had strictly determined working hours. We participated in all the work with the old masters equally. The main task of all students was to carry boulders, to roll them, to saw them. We moved boats as well. We would compete against each other. Each brigade wanted to be the best. It is different today, students learn with the help of educational tools and the man only observes. That is passive, unproductive. I spent my entire life actively participating. “

We have 20 to 30 different stencils for different boats. Working with them is no problem at all, you need to copy, saw and assemble. However, making a model and transferring it to life size, that is the tricky part.

” Marketo Filipi was the first one in Betina to make these models. First a model and then a plan. Wooden plugs held the planks. Every groove represents a water line. The model is disassembled and then drawn.

Now I am going to tell you why leut and not gajeta. The entire deck of the leut boat is stitched from one end to the other, it is open in the middle, and there is a small opening on the bow and on the stern. One is for the helmsman and the other is used when lifting nets and that sort of things. In addition, gajeta has mobile pokaporte. Only one third of the gajeta is closed, it can be uncovered, and Leut cannot. Leut can be uncovered only in its central part. That is the elementary difference. Some think that a boat is a leut when it has a beak at the front. Everyone thinks that Treun’s boat is a leut, but it is a gajeta.